There was a lot of volatility and market weakness during the 1st quarter of 2022. The risk-off environment was first of all related to the volatility in interest rates due to more persistent and stronger inflation numbers, which have led Central Banks to become significantly more hawkish. On top of that, the War in Ukraine added more weakness. Spreads widened significantly during the quarter. On a number of bonds, we saw spreads widen by 100bps or more. Government bond rates have also risen significantly. The combination of both these elements has led to materially higher yields on our securities. We are currently seeing yields of 5%+. As such we believe that the fall in prices is a great opportunity to add to a number of securities. Moreover, the fund has very low sensitivity to interest rates, as demonstrated during previous periods of rising interest rates. The risk-off environment is the main reason explaining our negative performance during the quarter.

In terms of fundamentals, European financials continued demonstrating their strength and resilience, as demonstrated by their strong capital ratios. Moreover, the fund has no direct exposure to Russia, Belarus or Ukraine. The indirect exposure is very small and does not constitute a credit story. We therefore believe that the fund should benefit during the coming quarters. First of all, we currently have very high income. Moreover, we believe spreads should tighten over time.

The fund’s NAV decreased by -4.12% over the quarter, versus the Barclays GBP Aggregate Corporate Total Return Index, which decreased -6.75%.

There are two important sources of return for the fund. The first, which is significant and always positive, is the income from the underlying bonds. The yield to maturity of the fund is 5.28%. We received 1.18% in accrued income during the period. The second component of return for the fund is realised / unrealised capital gains or losses. In general, as the fund follows a fundamental buy and hold strategy, this component is largely the result of prices being marked up and down. During the period, this had a negative contribution of more than 5%. We believe this should revert over time and consequently, our fund should benefit strongly from that.

The aggregate positive contribution of the top ten contributors was approximately 0.11%. A combination of different types of securities, notably some corporates, were the top performers. We feel that there is upside among these securities as spreads remain relatively wide.

The aggregate negative contribution of the bottom ten detractors was approximately 189bps. We have seen negative performance across all types of securities, due to the risk-off environment. We believe that the moves are overdone, and spreads are currently very attractive. The Rabobank Certificates also underperformed during the quarter. However, at spreads of close to 500bps, we feel those securities offer particularly good value. 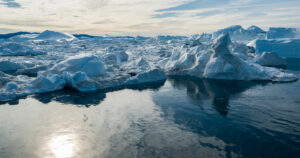 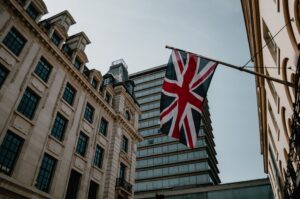