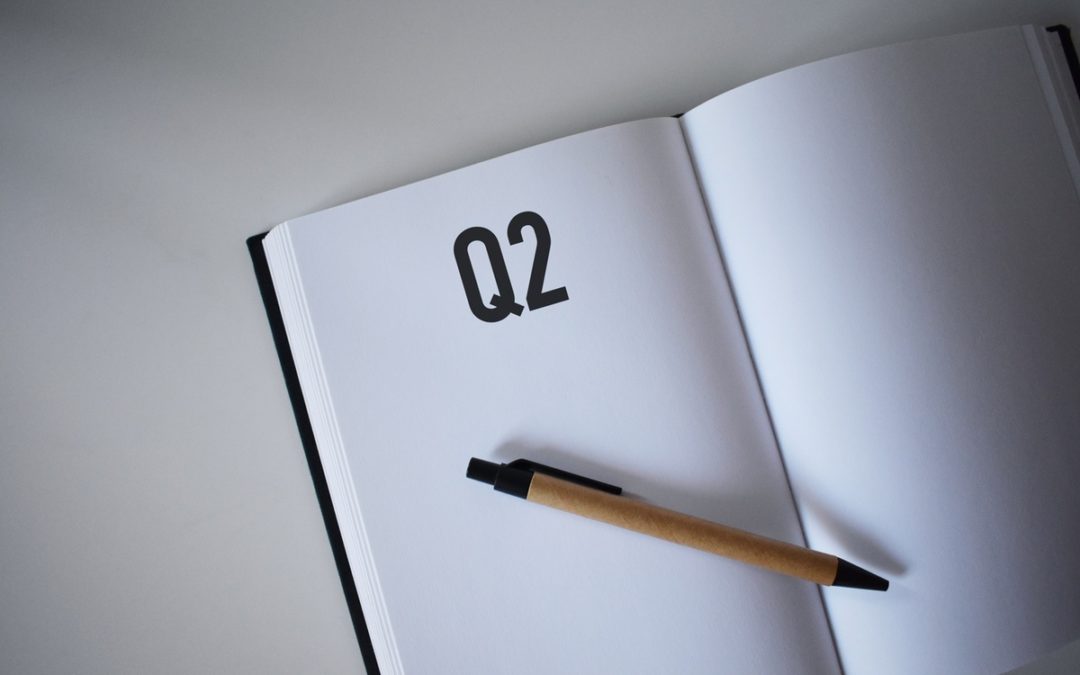 Markets rebounded sharply during the second quarter, following the extreme downward moves during March. This rebound was following the large monetary and fiscal stimulus, the reopening of European economies, as well as the better than expected economic data. Central banks and governments have shown their willingness to do “whatever it takes” to support the economy, with unprecedented monetary and fiscal stimulus. Despite the recovery in prices, spreads are still extremely wide for the securities we hold. We are currently getting more than two times the spreads we were receiving at the beginning of the year, despite the credit quality of our issuers remaining very strong as reflected by the average rating of BBB+ at the issuer level.On the financials side, the European Banking Authority (EBA) and the Bank of England (BoE) both published reports on banks. For both supervisors, they believe that banks started this crisis with extremely high levels of capital and should be able to withstand the shock through pre-provisioned income, as banks should generate enough income to cover future expected credit losses, as well as the excess capital they have built up. This is in line with our view that the Covid-19 Crisis remains an equity story for European financials, and not a balance sheet story. Q1 earnings also went in that direction. We do expect prices to continue to recover in the next six months as the uncertainty raised by Covid-19 slowly fades away.

The fund increased by 11.10% over the quarter, versus the Barclays USD Aggregate Corporate Total Return Index, which increased by 8.98%.

There are two important sources of return for the fund. The first, which is significant and always positive, is the income from the underlying bonds. The current yield to maturity of the fund is 3.87%. We received 1.17% in accrued income during the period. The second component of return for the fund is realised / unrealised capital gains or losses. In general, as the fund follows a fundamental buy and hold strategy, this component is largely the result of prices being marked up and down. During the period, this had a significant positive contribution as prices started to recover following Q1.

The aggregate positive contribution of the top 20 contributors was approximately 6.3%, as securities rebounded following Q1. This was led mainly by AT1s such as the Banco Santander 7.5%. We feel that despite the strong performance within our securities, there is more significant upside, as spreads remain extremely wide. Moreover, a large portion of our securities are trading to perpetuity. Therefore, there is large upside for those securities on a re-pricing to call.

The aggregate negative contribution of the bottom 20 detractors was approximately -0.12%. We have seen small pockets of underperformance during the quarter. These were some Tier 2 bonds, as well as some seniors of corporates which have been lagging the move to the upside.

The fund invests predominantly in investment grade issuers, but we are prepared to go down a company’s capital structure to find the best combination of yield, value and capital preservation. One feature of the fund is the substantial holding in financials, at 84.13%. Therefore, for some time we have positioned the fund to benefit from the continual improvement of credit metrics within European financials. Moreover, regulations are forcing financials to build up capital and strengthen their balance sheets, all of which are supportive from a credit perspective. Subordinated debt holders of financials should benefit the most from this. Moreover, with spreads of these securities currently above 470 bps, valuations are extremely cheap. To put this into context, this is more than six times the spread that one was capturing for the Tier 1 securities of HSBC issued before the global financial in 2007. This is despite the fact that, as mentioned above, financials have become much stronger from a credit quality standpoint.

Investment Grade issuers: The spreads the fund captures are more than what one would get for European high yield corporates, with the additional benefit that the average rating of the issuers held within the fund is BBB+.

High income: Income is a significant component of returns, with a yield to maturity of 3.87% compared with 2.15% for the benchmark.

With more than 65% of the securities being either fixed-to-floaters or already floaters, the fund is very well positioned for an environment of somewhat higher rates. Fixed-to-floating bonds are bonds where the coupon is fixed until the first call date within five to 10 years, and then is re-fixed on a floating-rate note basisOur holdings in non-financial companies enable us to increase the diversification within our funds and benefit from strong credit stories.

Given the selloff seen in markets during Q1 and despite some price recovery, valuations remain extremely attractive in our view and we are able to capture spreads of more than to 470 bps. Furthermore, the 470 bps does not fully reflect the upside potential, as a large portion of the subordinated financials market is trading to perpetuity – with large upside for bondholders on a re-pricing to call. Furthermore, several specific instruments, such as legacies, have been heavily impacted by the selloff, irrespective of the characteristics of the bonds. As the regulatory story has not changed, it means that price recovery on these instruments should be even more pronounced over the coming quarters. Overall, the re-pricing of bonds to perpetuity reflects the overselling and therefore a very attractive entry point into the asset class.